New franchises F&F and the Heat faced off in the first game of UMPR player appreciation day. Both teams failed to score in the opening 8 minutes of the game. F&F got on the board first with a  TD reception by Shadeed A., Mike L. added the extra point to give F&F a 8-0 lead. The Heat would answer back when rookie Kevin F. dashed for a 50 yard touchdownto make the score 6-8. F&F would score on their next threes possessions while the Heat would be shut out for the rest of game. Additonal scoring by Andrew J. and Brandon T. fueled the F&F offense. Shadeed A. capped the scoring with an interception return for a touchdown to make the final 33-6. Lauren C. and Dave C. had multiple catches for the Heat.

The Patriots bounced back from a three game losing streak with a 21-6 defeat of a resilent Ravens team. After the Ravens  jumped out to a 6-0 lead, the Patriots bounced back with a touchdown recpetion from Antoine M. The defenses continued to play hard througout the game. Justin H. and Antoine 's second scored sealed the game. Tim M. added an extra point for the Ravens.

SBD leaped to second in the UMPR standings with a 42-0 defeat of the Warriors. The Warriors, without rookie standount Dave F. struggled on offense. After failing the score on their first possession, SBD would score on the following 6 series. Shareef and Jeremy D each had multiple scores. Rookie Matteuw H had a touchdown, 2 point conversion and interception. Backup Warriors QB Ian J distributed the ball to all his receivers. Chris M. , Amin B, and Brandt W. all had recpetions in the game.

The Stallions and Dragons added another chapter in their UMPR classics rivalvry with thrilling 25-24 win by the Dragons. The teams exchanged touchdowns the entire game. Captain Devon C. opened the scoring for the Stallions. Dave P. answered with a touchdown reception to tie the score at 6-6. The Dragons scored again with touchdowns from Jared and Dave P. After touchdowns by Marc E. and Andre J,, the Stallions would miss all their extra point and trailed 19-18. With seconds remaining the Stallions were down by 25-24 and missed a two point conversion to give the Dragons the victory.

The Bar continued their unbeaten streak with a 28-12 defeat of the Ravens. Larry W. started the first half at QB for the Bar and threw two touchdown passes to Chuck D. The Ravens found the endzone in the first half, but failed the extra point attempt and trailed 14-6 at halftime. Greg K stepped back in at QB in the second half and found Sean D a.k.a "The Fastest Man", for two touchdowns to make the final 28-12. Ray F., Gus J. and India had catches for the Ravens. Marcus J, Stephanie K, and Collin had standout performances for the Bar.

The Niners secured their first franchise win over the Patriots with a 27-26 victory. The Niners offense was focused from the start as Ryan K., Nate R., Casey P., and Bryan H. added scores for 27-12 lead. Kevin N. scored his  first points of the season for the Patriots. In the second half, The Patriots made a comeback when veteran Marlon P. would take command of the game. Trailing 27-12 with less than two minutes in the game, Marlon had two point play, a touchdown, and interception  to bring the Patriots within one point. Captain Greg M. decided to attempt to win the game on a two pint play but failed. Justin H. also scored for the Patriots. 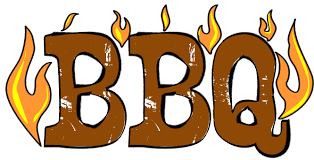 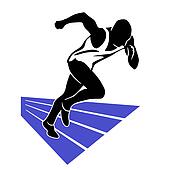 We would like to thank all the players and teams for your continued support. Family and friends are welcome to join us for all the games and cookout. Hamburgers and Hot dogs will be served. We have had inquires about individual or team food contributions.  A contribution is not required for attendance but greatly appreciated at your own comfort level. We are always in need of side dishes and/or desserts. Thank you in advance. Looking forward to a day of family, fun and football!

The Stallions bounced back from their loss earlier in the day, by edging out Team America 12-7. Team America scored on their first drive of the game when Bob D. found Mike P. in the endzone. The Stallions effectively moved the ball on offense, but could not score in the redzone.The defense for each team had interceptions in the first half as the Stallions trailed 7-0. In the second half, the Stallions found a spark when Clarence R. ran for a score and connected with Eric on a long touchdown. Chris G, Mark E, and Brett had standout games for the Stallions.

F&F won their second game of Team Appreciation day on the last play of the game with a 33-28 defeat of the Dragons. In the first half, the teams battled to a tie as the Dragon's Jared P. had two touchdown receptions. Justin L. and Dave C. added the extra points. Backup QB Joshua J. led the F&F offense as he found Cassidy and Andre J. for touchdowns. Mike L. converted a two point attempt to make the score 14-14 at halftime. In the second half, both teams were able to score another two touchdowns, but a  missed extra point put F&F behind 28-27. A missed fourth down conversion, gave F&f the ball with under one minute. On the last play of regulation, Brandon .T caught the game winning pass